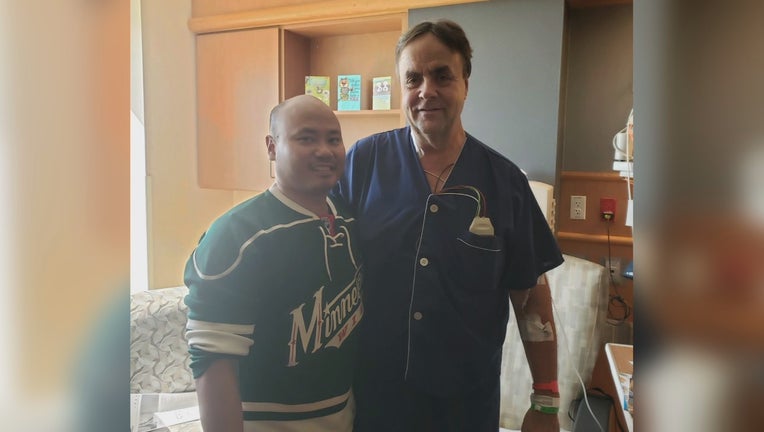 BROOKLYN PARK, Minn. (FOX 9) - A Minnesota man is crediting a combat medic with saving his life after he went into cardiac arrest and crashed on Highway 610 in Brooklyn Park earlier this month.

Charles Hallerman was in the car with his wife and mother on September 16 when his heart stopped, sending the car crashing into the median.

A combat medic's quick actions likely saved the life of a Brooklyn Park, Minnesota man following a crash in the city...

A few moments later, Army National Guard medic Bryan Uyson was on his way to work when he saw the crash. Uyson said when he could see the man was unconscious, he pulled over to help.

“My first reaction, once I knew there was no pulse and he wasn’t breathing, was just get CPR started until more help arrived,” said Uyson.

Thankfully Uyson travels with his medic bag in his car, so when he was able to get a pulse back, he could use the tools in his bag to keep the man’s airwaves free of blood.

The men met for the first time on Saturday. 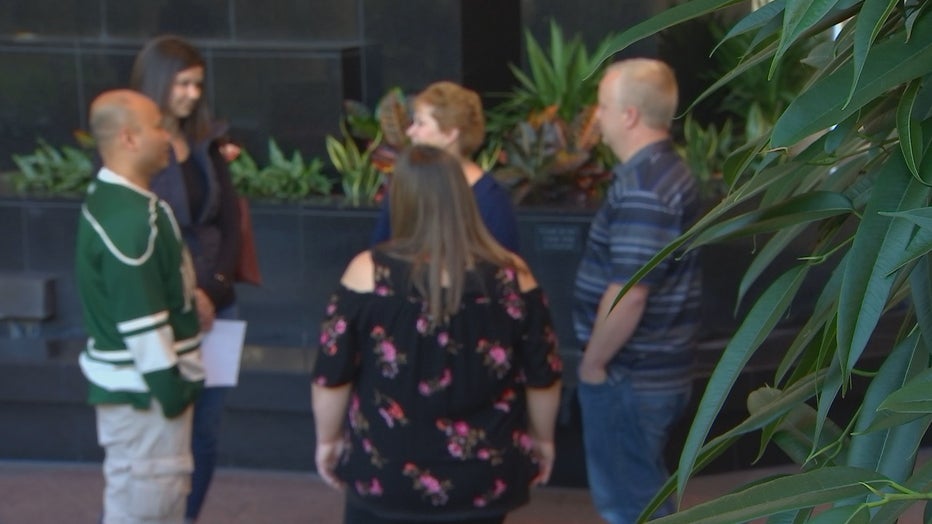 “I don’t exactly know how to describe it, to be honest with you. It's happiness, I guess. I’m happy I was able to save his life,” said Uyson.

Both Uyson and Hallerman are using the opportunity to stress the importance of getting CPR certified.

“I can’t express enough—go get your CPR. It’s literally a lifesaver,” said Uyson.

“If you don’t start CPR immediately, the retention rate of your cognitive abilities, they just put down ‘slim’. They don’t even give it a number,” said Hallerman. “The fact that I’m here talking and I have my abilities intact is truly amazing and I owe it all to Brian.”