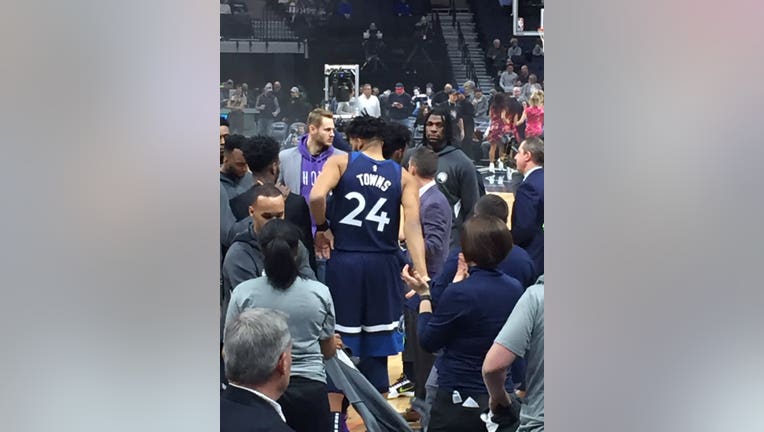 The Sacramento Kings then took the ball, and in honor fo Bryant's other jersey number, held it for 24-second shot clock violation.

It was an emotional night at Target Center as the crowd, the coaches and the players paid tribute to one of the game's greats.

The Timberwolves also played a tribute video to Bryant and his daughter Gianna Bryant, who also reportedly died in the fatal helicopter crash Sunday.

Players, coaches and fans were emotional throughout the pregame ceremony Monday night.

Earlier in the day, a number of players and coaches gave their raw reactions to the tragedy.