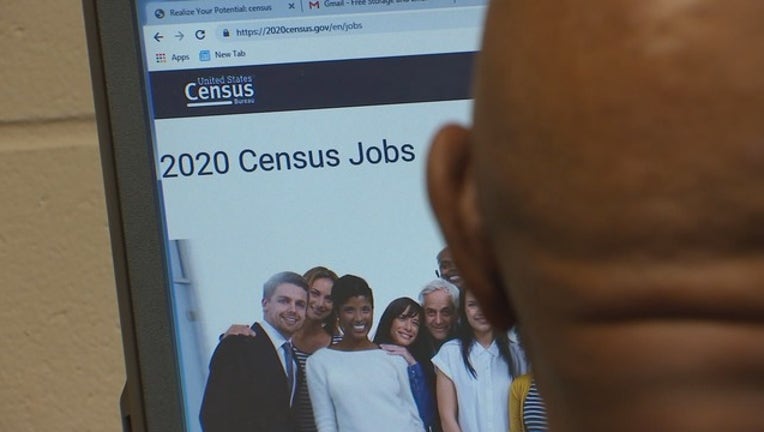 TWIN CITIES (FOX 9) - In Minnesota, there's an effort to make sure everyone fills out a census next year. And it starts by making sure communities have the proper resources to educate residents.

For some, a language barrier can make a census a little scary. That has the Census Bureau looking to hire thousands of workers in Minnesota, particularly in communities that are typically undercounted, so they don't get shortchanged in the future.

"I'm here to apply for a job," Nuradin Kelil told us.

Kelil speaks three languages; English and two languages that are spoken in Ethiopia: Oromo and Amharic. Now, he hopes to put those skills to use by getting a job with the U.S. Census Bureau.

Kelil says, "I love talking to people and you share ideas and you get to know people, and they get to know you."

Kelil showed up at a census hiring fair at the Brian Coyle Center in Minneapolis' Cedar Riverside neighborhood. The bureau is looking to hire people who are bilingual to help immigrants who may not speak English well fill out their census forms next year.

"We know the census will not be translated into Oromo, Somali and Hmong, three of the largest immigrant populations in the Twin Cities, and we want to make sure there are bilingual speakers on the census staff," said Brenna Brelie, Pillsbury United Communities.

Visitors at the hiring fair learned about the more than 12,000 jobs the Census Bureau is hoping to fill in Minnesota alone. And if they were interested, they could fill out an application online in the center's computer lab.

"The census is important in many communities across the state that are typically undercounted," said Brelie. "It drives representation in our political system as well as resources and money."

Kelil wants to do what he can to make sure his community gets the resources and representation it deserves. "I just want to get to know more people. Go out there and share my thoughts with people what I know."

The census jobs range from supervisors to people who go door-to-door in the field. Some start right away and could last up to a year. You can click here to learn more about that.