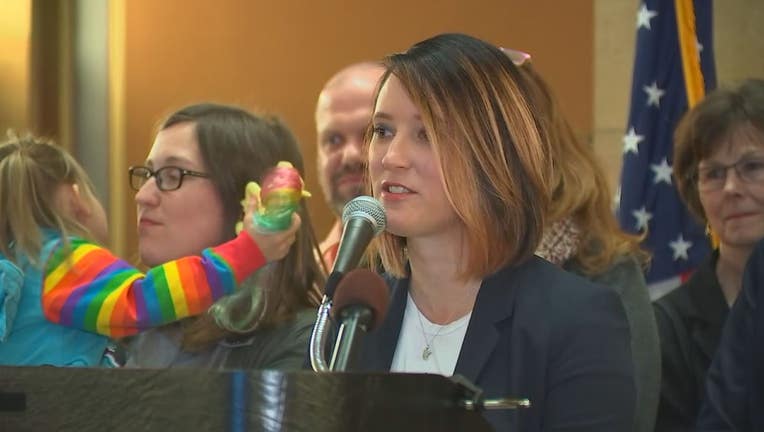 (FOX 9) - She was accused of being “too loud” and faced #MeToo movement backlash, but nearly two years after dropping out as a DFL candidate in a state house race - Lindsey Port is back on the campaign trail

“I love talking to voters and hearing what they love about their community,” Port said of her passion for politics.

In 2016, Port ran for, and eventually lost the race for state house. During the campaign she says she discovered the darker side of politics.

“While I was a candidate I was harassed on the campaign trail by a sitting legislator and reported it up the chain like I thought you should – nothing came of it,” she said.

Over the next two years, that changed, when similar stories about the same legislator were shared with Port.

“We had seen the #MeToo movement start to grow and we felt like it was a responsibility to take that step and go public with it.”

Eventually Sen. Dan Schoen – the legislator Port and others accused of sexual harassment - resigned.  And the women, received lots of support.

“Initially it was incredibly positive.”

“The next six months were really hard as people started turning against us and the backlash to #MeToo in general and other stories that were happening in the state, we started getting lumped in with those and people withdrew a lot of support.”

As those campaign dollars for her second run for state house dried up, she decided to withdraw from her campaign at the end of 2017.

“It felt like a betrayal because it was people that we had always counted on but I don’t regret it for a minute.”

For a long time, Port was quiet in politics.

“I put my head down and went back to work.”

Then, Wednesday, Port announced on social media she’s running for the state senate seat that represents parts of Savage-Burnsville and Lakeville.

“We’ve busted through our fundraising goals more than tripled them I think, the reaction’s been incredibly positive.”

Port tells FOX 9 – while she doesn’t want to dwell on the past– she understands she can’t completely leave it behind either.

“I will always have this as part of my story, so if I can use my platform to make positive change I absolutely will.”

There is another candidate running for the DFL endorsement of the District 56 senate seat – Robert Timmerman. The eventual DFL candidate will face Republican incumbent Dan Hall, who was elected to the state senate in 2010.