DEARBORN, Mich. (FOX 2) - The pastor of a Roman Catholic church in suburban Detroit is apologizing after a fellow priest likened Black Lives Matter to the people responsible for the 9/11 attacks.

The comments came during Rev. Paul Graney's homily at the Church of the Divine Child in Dearborn. Rev. Graney is an assistant pastor there.

The pastor of a Roman Catholic church in suburban Detroit is apologizing after a fellow priest likened Black Lives Matter to the people responsible for the 9/11 attacks.

"Al-Qaeda's goal was to come to the United States and kill Americans. Really just wanted to wipe America off the map. And they would have done it if they could," said Graney, who has been a priest since 2016.

"But today, those who we see wanting to bring down America are Americans, and they want to do it under the facade of justice, freedom and love," the priest said. "But it is all a big bunch of baloney. It's anti-Christian. It's anti-family. It's evil."

"Cars have been torched. Property has been destroyed. Businesses looted and burned, and police officers and other people have been intimidated, assaulted and even murdered. All in the name of justice.

The church is not providing any on-camera interviews, but its pastor Rev. Bob McCabe made public the letter he wrote to the church Monday. It reads in part:

"I am so sorry that a homily given by Fr. Paul Graney at the 4:30 p.m. Mass on Saturday has brought forth division, anger, confusion and chaos. I first spoke with a couple individuals shortly after his homily. I could sense their anger and their hurt."

"It was disappointing to see something so close to home," said Rachel LaPointe. While not a member of the church, she has close ties to it. She's attended services there and has relatives who worship there.

"It's not like to see someone preaching words that are so, maybe not definitely hateful but the undertone was there," LaPointe said.

The homily which was initially posted on the church's Facebook page has since been removed but not before a Dearborn resident could record and upload it onto her page. 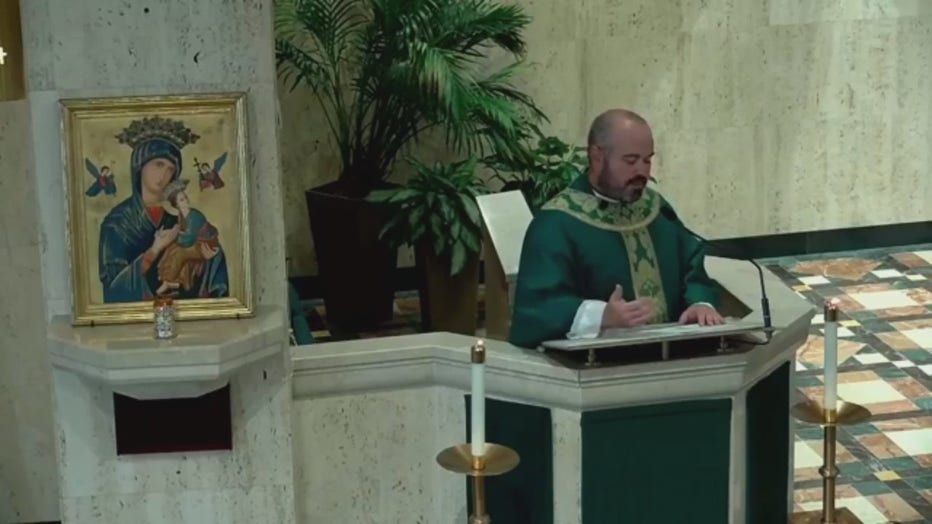 Hundreds have commented on it, with both lament and support for the homily:

"Excellent homily!" said another. "Nothing to apologize for!"

Also, "Good for Fr. Paul. It's insane that Catholics are holding up BLM as a wonderful group! They were founded and are operated by Marxists."

Black Lives Matter is a global movement whose goal is to eradicate systemic racism and white supremacy and to oppose violence against Blacks.

LaPointe says it's not so much about Marxism but rather what role the church should play regarding social justice.

"So this is a chance for the Catholic church in Dearborn and in the whole Detroit area to really take deep into these issues of racism and what it means to be a Catholic right now because there's a real problem. And we need to be part of the solution, not adding to the problem," she said.

Rev. McCabe also stated in his letter to the church following the events this past weekend:

"Shortly after the tragic murder of George Floyd, I said that we are being called to move from intolerance to tolerance, from tolerance to respect, from respect to love. I pray that this can be an opportunity for all of us to recommit ourselves to the call to love one another as Jesus loves us."

You can read Rev. McCabe's letter in full here.