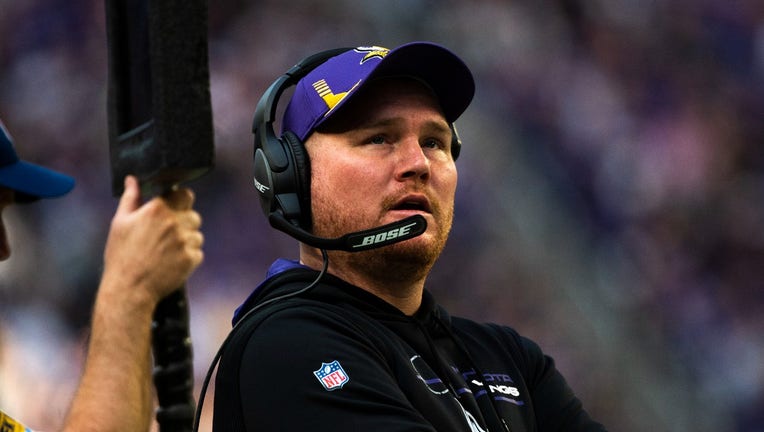 Minnesota Vikings co-defensive coordinator Adam Zimmer stands on the sidelines in the second quarter of the game against the Chicago Bears at U.S. Bank Stadium on January 9, 2022 in Minneapolis, Minnesota.  ((Photo by Stephen Maturen/Getty Images))

His sister, Corri, confirmed the news in a social media post-Tuesday morning. In the post, she said he died Monday.

Mendota Heights Police told FOX 9 at about 1:13 p.m. Monday, October 31, police responded to a welfare check request on the 2500 block of Condon Court, where they found an adult man dead. The Hennepin County medical examiner investigating.

Former Minnesota Vikings co-defensive coordinator Adam Zimmer has died. He was 38 years old. His sister, Corri, confirmed the news in a social media post Tuesday morning. In the post, she said he died Monday.

"I can’t believe I’m writing this. I lost my big brother yesterday. The kindest, sweetest, family loving, sports obsessed soul there ever was. I’ve felt pain like this once before but it’s been a while and I didn’t know I was able to feel like this again. My heart is shattered and it hurts so bad. I’m so lost, I’m so overwhelmed, I’m so heartbroken. My brother was one of my best friends, especially after my mom died, we became so close. He was always there for me and always the first to show up and volunteer at my foundation events," Corre (Zimmer) White posted.

Zimmer is the son of Mike Zimmer, who was the head coach of the Vikings for eight seasons before being dismissed after the 2021 season. Adam Zimmer was a linebackers coach with the Vikings from 2014-19, and spent two seasons as the co-defensive coordinator alongside Andre Patterson.

In a statement on Tuesday, Vikings ownership said: "We are heartbroken to hear about the passing of Adam Zimmer. Adam was a kind, respectful man, and over his years in Minnesota, it was evident he cared tremendously about his family, his players, his fellow coaches and the Vikings front office staff. Our thoughts are with Mike, Corri, Marki and the entire Zimmer family."

Adam Zimmer was hired this season to be an offensive analyst for the Cincinnati Bengals. Details or circumstances about his death are not known.