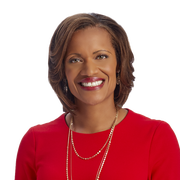 Dawn Stevens loves asking questions and learning new things. She gets to enjoy doing those things every day at FOX 9. She is a morning anchor who sits next to a great team of people every day.  She also gets to go out and do stories on what's happening in the community.  Dawn enjoys sharing stories about people making a positive impact in the community.

Dawn graduated from the University of Nebraska-Lincoln with a bachelors in Journalism and Mass Communications. While getting her degree she was a technical director at a local TV station in Lincoln. After graduation, she landed her first job in Austin, Minnesota. For two years she worked the police beat and anchored the morning show. Dawn then went on to become the weekend anchor at WISC-TV in Madison, Wisconsin for four years.  She enjoyed emceeing important community events and sharing city council headlines.

Dawn joined the FOX 9 team in September of 2006. This is home now. Her husband grew up in Minnesota and her two children love the winters and summers here. Dawn's first baby is a min-pin named King. He's a 14 pound dog, who lives up to his name.

Stories about youth education and diversity are important to Dawn. Her goal is bring those stories to FOX 9 viewers on a regular basis. She's also a big Vikings fan (since there's no NFL team in Nebraska). She became a fan after working in Austin and going to a pre-season game where she interviewed Daunte Culpepper in the locker room. Sold! Dawn can't wait to see the Purple and Gold win the Super Bowl.