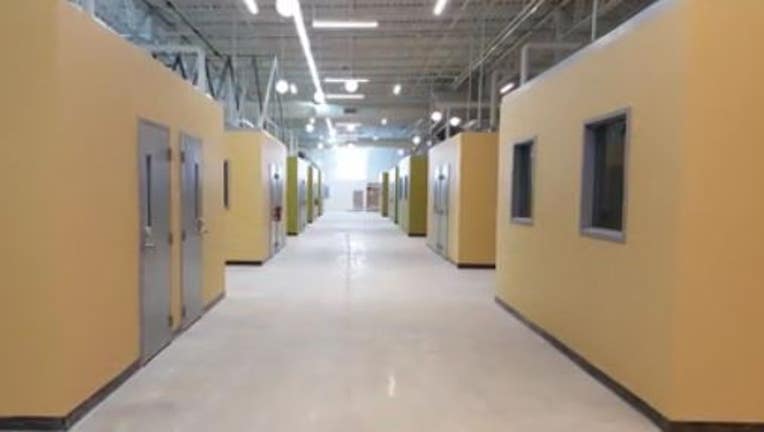 A tiny home village in Minneapolis helps those experiencing homelessness find something stable on their way to permanent housing.

Avivo Village opened up 100 tiny homes in March near downtown Minneapolis and already, a number of residents have found permanent places to live.

An experimental emergency housing village in Minneapolis is starting to see results.

Inside the typical-seeming downtown office building are the one-bedroom tiny homes for people with no home. Monday, U.S. Sen. Tina Smith learned how it’s working so far.

"What impressed me the most about this place is the sense of respect and dignity and just humanity in the way that people can live here," Smith said.

Each home gives a person their own space. They can lock their door and even keep a pet.

Unlike other tiny home villages around the country, this one is indoors and protected from the added challenges of a Minnesota winter.

It was all built by Avivo, a nonprofit. But none of it was possible without $6 million in CARES Act funding from the federal government, which is why Smith is seeing how taxpayer dollars were spent.

Avivo says it is spending about $600,000 a month to operate the village and provide services for the 100 residents. Avivo President Kelly Matter says they are seeing results.

The goal is to serve 300 people in these tiny homes each year and getting them into a stable home of their own.

If it is a model that works in providing emergency shelter, Avivo says they would like to replicate it and improve it.