It started as just another day at Blue Cross Blue Shield of Minnesota, where Tupy kept the campus functioning as an operations engineer. He was cleaning out the cooling towers for the season when he started bumping into things.

"I didn’t feel right," he told FOX 9. "I sat down at the computer at break time, and all of a sudden my whole right side went numb and I knew right away I was having a stroke."

Emergency crews rushed Tupy to M Health Fairview’s Southdale Hospital, which specializes in stroke care. Doctors immediately put Tupy into an induced coma and gave his wife two frightening options. The first was to do nothing and maybe Kevin would have a 10 percent chance of surviving. The second choice was to perform a risky craniotomy and go deep into the brain to stop the bleeding.

"She decided to do the surgery," Tupy said.

When doctors removed a portion of his skull to relieve the pressure on the brain they discovered the bleeding had stopped.

"So, it was kind of a miracle," he recalled.

But when he finally came out of his coma three weeks later, he learned he had weakness on the right side of his body and aphasia that affected his speech. He also learned Donald Trump was elected president.

After intensive occupational therapy and six years of never giving up, he still works out at the Courage Kenny fitness center twice a week. 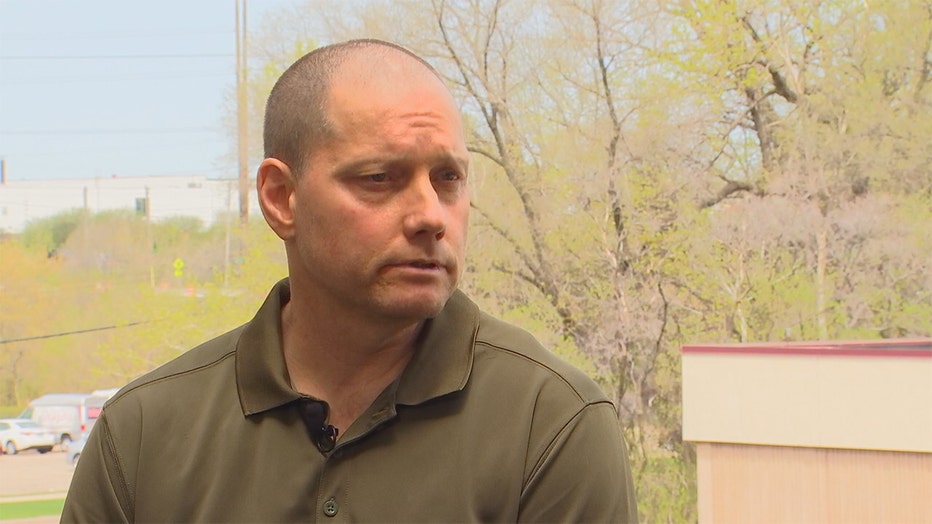 "My arm is still kind of missing in action, but my leg is strong from my knee up," Tupy said.

None of it has stopped him from living his best life and getting outdoors as much as he can. Through adaptive therapy programs at Courage Kenny, Tupy has learned how to ride a bike, hunt and even ski.  He uses a left hand pole with a small ski attached to the bottom to give him stability. At first he’d slide down the slopes with another skier tethered behind him.

"Last season I tried to go independently, which for me is tetherless, and I was able to do it," he said. "It’s all kind of proof that if you work hard, good things can come out of it."

Tupy and his family are using his experience to bring awareness to stroke.

Centers for Disease Control data shows someone suffers a stroke every 40 seconds. In Minnesota, more than 100,000 people are living with a stroke, and sadly, it is now the sixth leading cause of death in the state.

"Stroke happens at any age," said Brad Donaldson of the Minnesota Stroke Association.

Too often people think it’s a condition that only affects the elderly. But for unexplained reasons more young people are experiencing stroke, and it disproportionately affects communities of color.

The Minnesota Department of Health reports the death rate for stroke is 40 percent higher for Blacks and Asians.

"That's why we push so hard that people should be aware of the signs and symptoms of stroke with the FAST message," Donaldson said. "Facial weakness, arm weakness, speech, difficulty and "T" which is time loss."

Donaldson explains that time is critical.

"Time loss is brain loss," Donaldson said. "Get help. Call our medical facilities – they're the best in the business. Let them help you."

Raising awareness about stroke is part of the reason why Tupy and his family are joining this year’s Strides for Stroke walk by the Minnesota Brain injury alliance. The walk takes place on Saturday, May 21, at Long Lake Regional Park in New Brighton. Families can register HERE.

After two years of holding "virtual Strides for Stroke" because of health safety concerns during the pandemic, this year’s event is back in-person.

"This even becomes, in essence, almost like a family reunion," Donaldson said. "Individuals return year after year and you get to see how far their journey is going, how their families and their support systems have grown and how they have grown."

Team Tupy will be walking, too. His wife and three daughters will join him for the event, hoping to raise awareness and money to help the Minnesota Stroke Association provide support and services for stroke survivors.

"It’s amazing how common stroke is and it doesn’t get much publicity," Tupy said. "This gives a face and a voice that we are here."