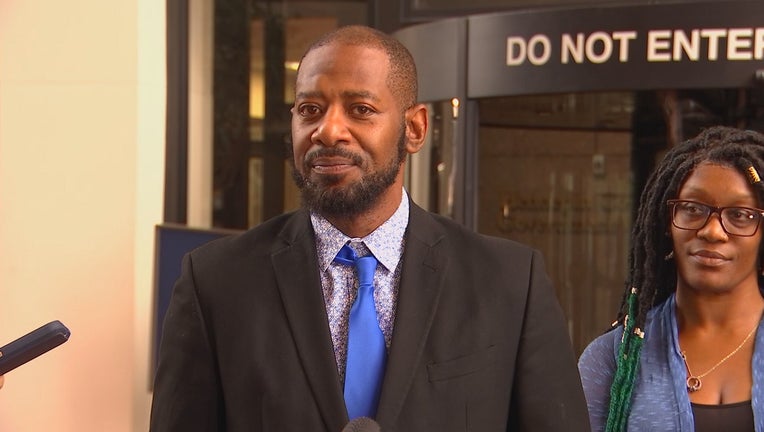 MINNEAPOLIS (FOX 9) - After being found guilty of a misdemeanor charge in a 2019 incident on Wednesday, Representative John Thompson says he wants to take time to consider his future in the Minnesota House.

Thompson spoke outside the Hennepin County Courthouse following the conviction on the charge of obstruction a legal process and the calls for him to resign. The court case was a small part of what's been a troubling month for Thompson's political career.

After public calls by top DFL members and a guilty conviction related to a 2019 incident, Rep. John Thompson says he will take the coming days to consider whether or not to resign from the Minnesota legislature.

Earlier in the month, Thompson faced questions over his residency after he was stopped in St. Paul and presented a Wisconsin driver's license. It was later learned that Thompson had lost his driving privileges in Minnesota due to outstanding child support. As FOX 9 looked into Thompson's residency, our investigators uncovered four past allegations of domestic violence against Thompson between 2003 and 2010 including incidents that reportedly occurred in front of children.

The uncovered allegations led Governor Walz and other top Minnesota DFL members to call on Thompson to resign from his seat in the legislature. Wednesday, Thompson said that decision is something he is still weighing. But, he says regardless of what happens, he won't give up his fight to help marginalized people.

"I ask you with a little bit of respect for me and my family to let us have a few days and we'll make a decision, and we'll get back to you guys on that," Thompson added.

Thompson didn't take questions after court. However, his attorney Jordan Kushner spoke with the media and again denied the past domestic violence allegations against him.

If he doesn't resign, Republicans have promised to bring an ethics complaint against Thompson.