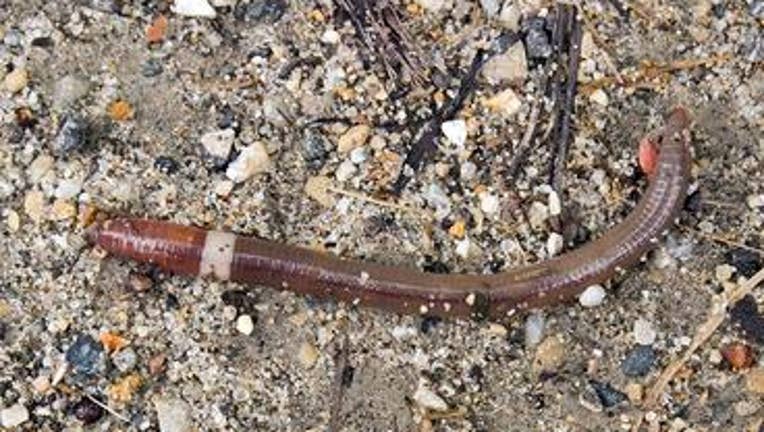 MINNEAPOLIS (FOX 9) - The University of Minnesota is asking for the public’s help in stopping the spread of the "highly invasive" jumping worm.

The U says with summer on the way and more people getting into activities like gardening and fishing, now is the time to make sure you are checking what worms you are using.

"Jumping worms are earthworms that look and act a little different than the European earthworms we have grown up with. These worms live in the top six inches of soil and are voracious eaters of organic materials," said University of Minnesota Duluth professor Ryan Hueffmeier. "Through their feeding and burrowing behaviors, they turn the topsoil into loose granular soil that can be easily eroded and does not support plant life well.

"Because of their ability to clone themselves, just one jumping worm can start a population, which makes them a difficult species to manage," Hueffmeier added.

Everyone is encouraged to check worms used for bait or to make sure worms used in gardening compost are not jumping worms.

"Jumping worms move less like a worm and more like a snake. They forcefully thrash around when disturbed. They have setae, or tiny hairs, that cover each segment entirely, unlike European earthworms that have only eight setae around each segment," Hueffmeier said. "Jumping worms can shed their tail when disturbed and the severed tail will keep wiggling as the worms move away from danger.

"If you are having trouble identifying the species based on appearance alone, take a look at your soil, which will look noticeably different if invasive jumping worms are present. The way these worms move their bodies in soil makes it a coffee ground texture that washes away easily," Hueffmeier continued.

Hueffmeier says jumping worms have been found in southern Minnesota, through the metro, and up to St. Cloud.

Here is the Minnesota DNR's website dedicated to jumping worms.