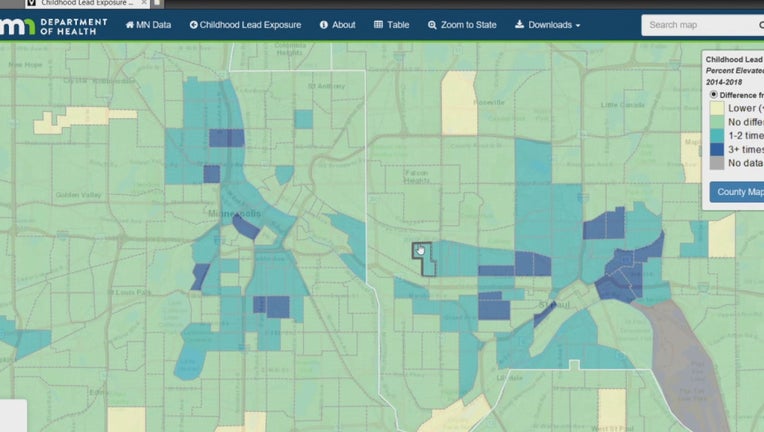 The Census Tract Map shows where there are elevated lead levels in Minnesota. ( Minnesota Department of Health )

ST. PAUL, Minn. (FOX 9) - If you live in a legacy neighborhood with older housing, there’s a strong correlation to higher lead levels in children. A new interactive map now shows if there are elevated levels in your own neighborhood.

“The most common source of lead exposure is homes built before 1978, and that’s the number one source and that’s about three-quarters of the cases in this state come from paint in older houses,” said Stephanie Yendell, the Minnesota Department of Health Supervisor of Risk Intervention.

An interactive map shows the Minnesota neighborhoods that are at a higher risk for lead exposure.

Before 1978, paint contained lead. When it flakes and chips, it exposes children to lead poisoning that can lead to learning deficits. A neighborhood just north of the Capitol complex is an area where children have tested up to two times higher for lead levels.

An interactive map from the Department of Health called the Census Tract Map shows the results of lead blood tests from around the state. Neighborhoods in light blue have up to two times the number of children testing positive for lead. Those in the dark blue have more than three times higher.

If this impacts your neighborhood and you have young children, the health department advises that the children get a blood test even if they had one before.

“The reason for that is even if your kid has a low lead level when they are a one-year-old, by the time they are two years old, they are interacting very differently with their environment,” said Yendell. “They are walking around, they are pulling themselves up by the window sill and they’re playing with all kinds of toys in their environment, so you really need to get them tested again at age two.”

In any given year, about 900 children test positive for elevated lead levels, but Minnesota is making progress.

“Those rates have come down over time, but we have to keep pushing to reduce lead to make sure those 900 kids aren’t exposed next year,” said Yendell. 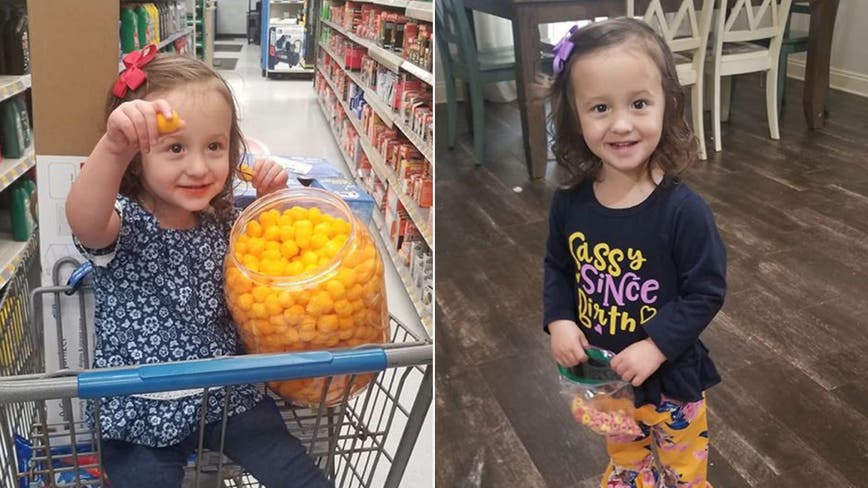 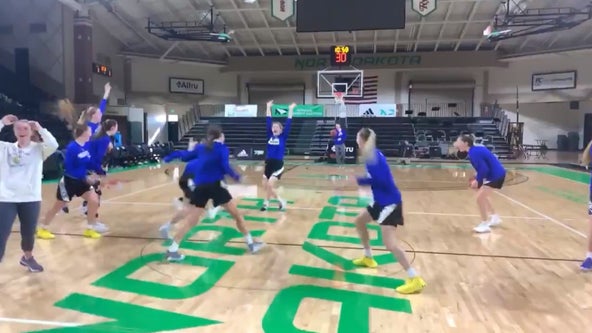 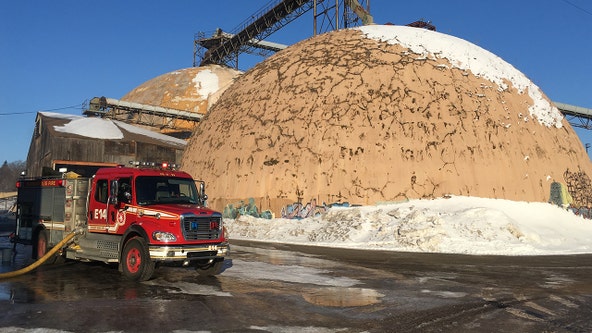 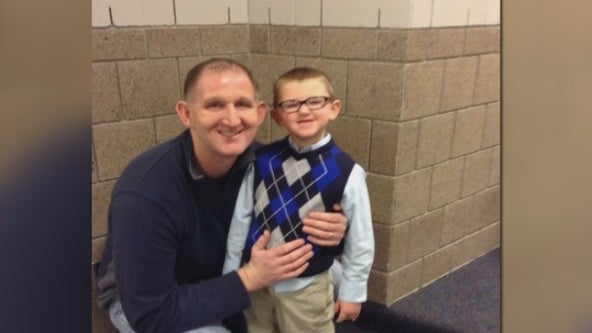 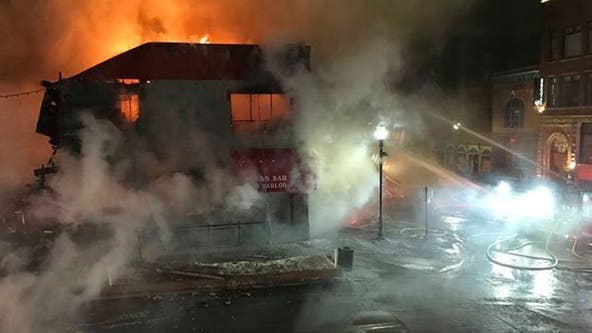