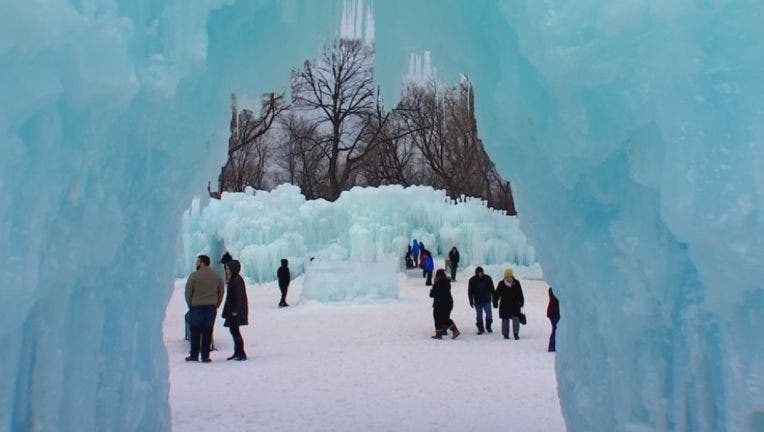 (FOX 9) - The Ice Castles are coming back to Minnesota this winter after missing out last year due to the pandemic.

According to Ramsey County officials, the Ice Castles are returning to Long Lake Regional Park in New Brighton this year. The park last hosted the Ice Castles in 2020. In past years, the attraction has also come to Eden Prairie, Stillwater and Excelsior.

The Ice Castles feature tunnels, caverns, towers, fountains, slides, and crawl spaces built entirely from icicles that are grown on site, harvested, and hand-placed by professional ice artisans, according to a news release. The winter playground will also include an ice sculpture garden and a winter light grove this season.

Officials said construction has already begun, and the site is expected to open in early January if weather permits. A team of at least 20 ice artisans will spend about eight weeks building the attraction.